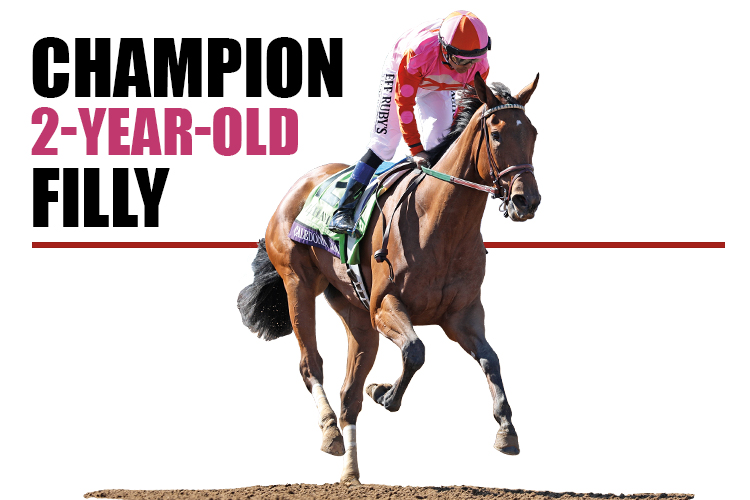 Hailing from Avery, TX, Ralph Nicks is a second-generation horseman who began galloping horses for his father at just eight years old. He started his first one from the gate by 11 and rode some races as a teenager. At 22, he joined Bill Mott’s stable and worked for the Hall of Fame conditioner for about 13 years before going out on his own in 2004. Twelve years later, in November 2017, Nicks achieved his biggest victory to date when Caledonia Road captured the $2 million Breeders’ Cup Juvenile Fillies in Del Mar, CA. The now three-year-old filly was purchased for $140,000 at the Keeneland September Yearling Sale for owners Zoom and Fish Stable Inc., Charlie Spiring and Newtown Anner Stud. Nicks, who was also involved in the purchase, was fond of her from the start.

“I liked her frame and the way she moved, she was very leggy with good bone structure and showed quality,” he recalled. She joined the Nicks barn in May 2017, debuted in a maiden special weight at Saratoga that September to win by 2 ¾ lengths, and went into the Breeders’ Cup off a runner-up finish in the Gr.1 Frizette Stakes.

Nothing special went into her training for the Breeders’ Cup World Championships, “we just kind of stayed out of her way and made sure she was a happy horse. She had one breeze two weeks out; we schooled her in the gate and in the paddock and that was pretty much it,” Nicks explained.

But the daughter of Quality Road and Come a Callin (Dixie Union) took a little time to learn the ropes of being a racehorse. In the words of her trainer, she was a little slower to come around and was therefore given plenty of time to adjust. 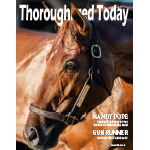 “Road to Alabama,” written by Ciara Bowen, was originally published in the Winter 2018 issue of Thoroughbred Today magazine. Read it in the magazine → CLICK HERE