The Story Behind Good Magic 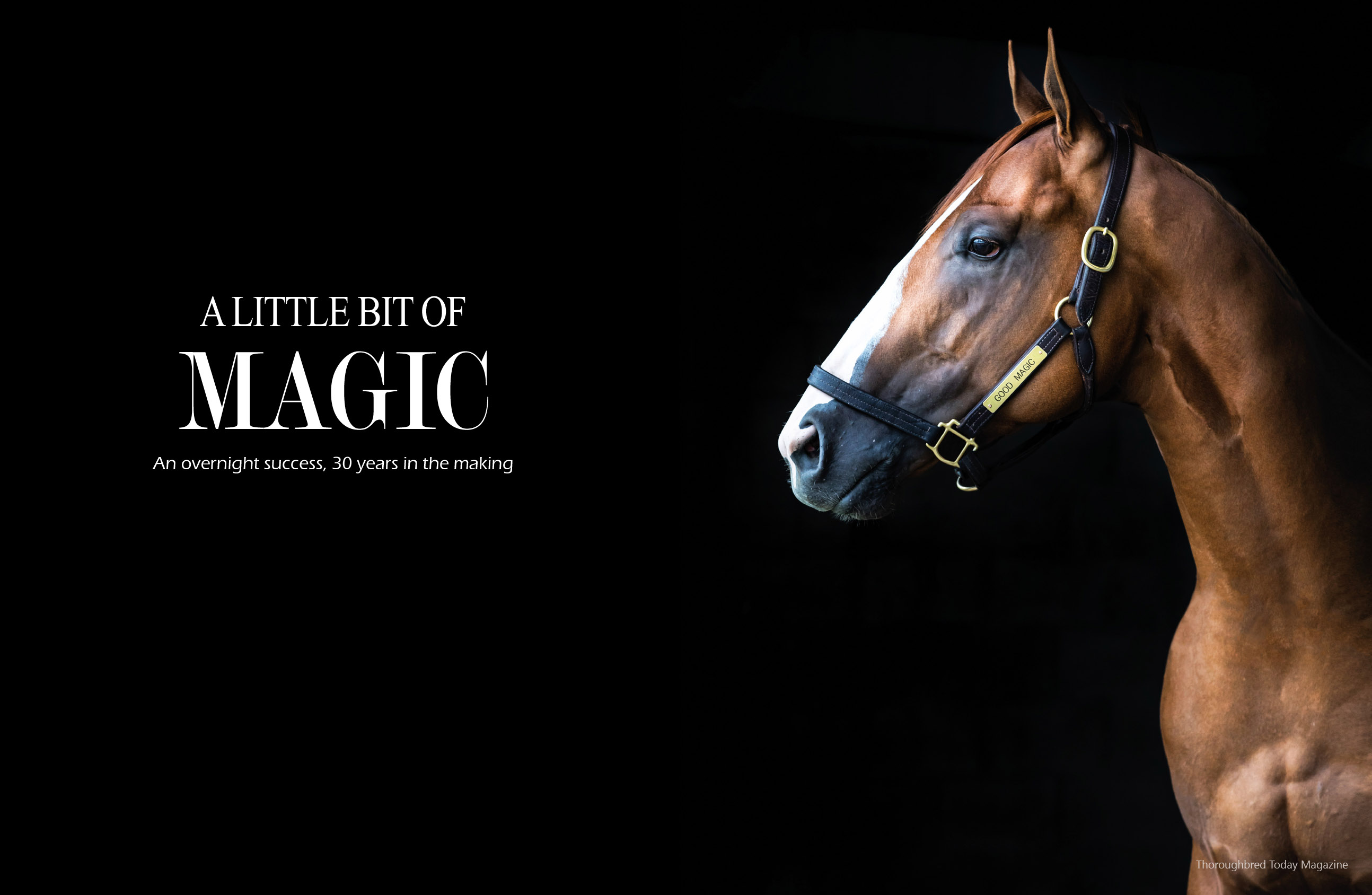 Stories of success often have a way of leading us to believe they occurred overnight. In reality, nothing could be farther from the truth…

On September 16, 2016, a chestnut colt with a white blaze and one white sock entered the sales ring at Keeneland. Hip 845, the son of Curlin and Glinda the Good (by Hard Spun) stood fidgeting with his handler, looked around curiously and let out a whinny as bidders offered hundreds of thousands of dollars for him. It took approximately two minutes and twenty-five seconds for that number to reach seven figures and forty seconds later it was over. Sold for a whopping $1 million, he walked out of the ring and that was that.

Fast-forward to November 4, 2017, to the Breeders’ Cup World Championships in Del Mar, CA, where there was chatter of a horse in the Juvenile division who had never run two turns and had yet to win a race. The cynics were quick to toss him out of their bets, assuming he stood no chance against the much classier and more experienced horses in the field. One minute and twenty seconds after breaking from the gate, Gr.1 Front Runner second place finisher Solomini was confronted by a horse on his outside. It was him, the chestnut maiden who stood no chance, and he was relentless. With the utmost of class, he looked his opponent in the eye, shook him off with ease and galloped to a 4 ¼ length victory in 1:43.34. Good Magic—the same colt who had stepped through the Keeneland Sales ring one year prior—made history that day, becoming the first horse ever to win a Breeders’ Cup race as a maiden. The feat attracted national attention and cast a bright light on the colt and his “new money” owners, a family of five, racing horses under the name of e Five Racing.

But this story of success began long before Good Magic was born, when a man with a vision of a better life set out to make something of himself.

Robert J. Edwards Jr. was born in Patterson, NJ, and grew up in Highland Mills, NY, in a lower-middle class family. He wanted a college education, but could not afford it. So he did what any ambitious individual would do; he … READ MORE[/vc_column_text][/vc_column][/vc_row][vc_row][vc_column width=”5/6″][vc_column_text] 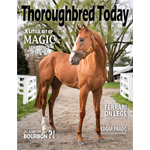 “A Little Bit of Magic,” written by Claudia L. Ruiz, was originally published in the Spring 2018 issue of Thoroughbred Today magazine. Order PRINT COPY or SUBSCRIBE