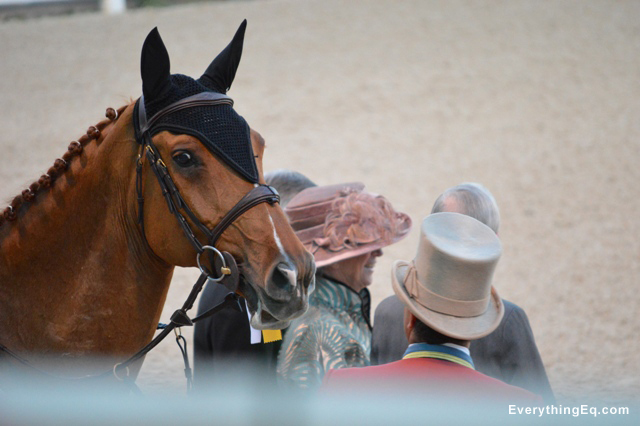 Pro Riders Need To Get More Involved On Twitter

There seems to be an issue with how professional equestrians (riders) use Twitter these days. More often than not, I stumble across an international superstar’s account only to find that there follower to following ratio is pretty disappointing. 10,000 fans who adore you and you’re only following ten back? And, those ten accounts belong to equestrian organizations? Am I the only one that sees a problem here?

Perhaps, what bothers me the most is that I hear some of these riders say they want to reach a bigger audience; they want to get more people involved in the sport. Yet, they tweet once in a blue moon and don’t seem to care about mingling with anyone other than themselves.

It’s called SOCIAL media for a reason! There is really no point in creating an account on Twitter if you’re not going to tweet or follow anyone back. In fact, if you created an account just to establish a fake presence, congratulations on wasting fifteen minutes of your time that could have been spent productively in the saddle.

The truth is, nobody wants to see that you’ve tweeted five times in the last ten months, or that you’ve never replied back to ANYONE. We want to see you post an occasional selfie with your Olympic mount. We want to know how you are doing; every once in a while, give us the play-by-play. Show us that you care by engaging in conversation and tweeting back, or—if you’re on the go—show some love by hitting that retweet button.

There’s no excuse for not getting involved. If race horses like Shared Belief, Tonalist, and California Chrome can manage to tweet, so can you.

Some international show-jumpers that do a great job on Twitter → Rodrigo Pessoa, Edwina Alexander,and Ashlee Bond.

Remember, Twitter was essentially created to allow people from all walks of life to communicate with complete strangers without making it too personal. Take advantage of it! I’m not saying you need to enslave yourself to hundreds of tweets per week, but understand the impact 140 characters can have on your admiring fans and potentially millions of people around the world.

Stop acting like you’re too good for your followers and follow them back. Put yourself out there by following those involved in other disciplines you might not know much about, because the more connected each discipline is to the rest, the stronger and louder the voice of equestrian sports will become.

You want to captivate the masses? Get out there and socialize!