Justify: The Facts You Need to Know 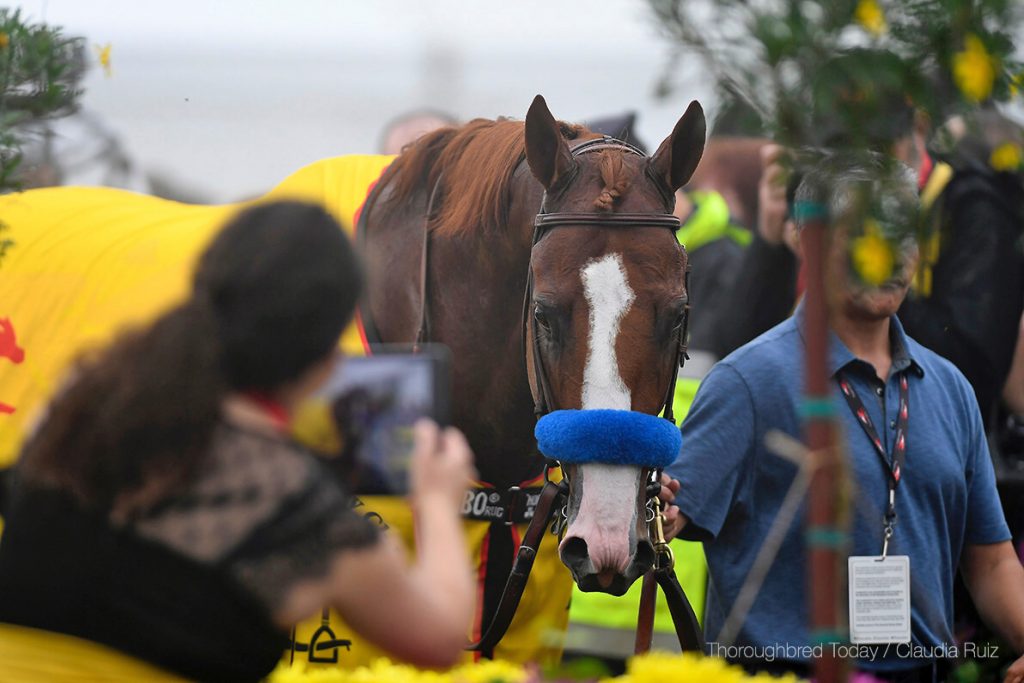 Foaled March 28, 2015, Justify is a son of Scat Daddy and Stage Magic (by Ghostzapper). Perhaps you’ve heard his name a lot lately. And for good reason. Justify has done some pretty big things.

Since February 2018 he’s been undefeated, winning the Santa Anita Derby, Kentucky Derby, Preakness (all three are Grade Ones), and he’s now a Triple Crown bid. But let’s back up just a bit, because this bit of information is pretty important. Justify never raced as a two-year-old. In fact, he ran his first race ever on February 18, 2018 and made history two months later.

In 1882, way before the chestnut’s time, a horse named Apollo became the first Thoroughbred ever to win the Kentucky Derby not having raced as a two-year-old. For 136 years, no horse had been able to repeat the feat. No horse until Justify. Seventy-nine days after running his first race, Justify galloped to a 2 ½ length victory in the Kentucky Derby at Churchill Downs, putting to rest what racing insiders had coined the “Apollo Curse.”

Two weeks after that, through the dense fog that engulfed Pimlico Race Course, Justify emerged victorious yet again, holding off the late charge of Bravazo to win the Preakness Stakes. The win tallied trainer Bob Baffert’s seventh Preakness victory and made him 5-for-5 winning the Derby-Preakness double.

Fun Fact: Justify’s mom’s dad, Ghostzapper, was bred by Adena Springs and campaigned by Stronach Stable; both of which are owned by horse racing magnate and owner of Pimlico Race Course, Frank Stronach.

Run just outside of New York City, in the small town of Elmont, at historic Belmont Park, the Belmont Stakes (scheduled for June 9, 2018) is the final leg of Thoroughbred racing’s Triple Crown. It is known as “The Test of Champions,” and at 1 ½ miles in distance, it is the longest and most grueling of the three races. It is run exactly five weeks after the Kentucky Derby and just three weeks after the Preakness.

In 2016, Justify was purchased for $500,000 at the Keeneland September Yearling Sale by China Horse Club and Maverick Racing. He was bred in Kentucky by John D. Gunther and is now owned in partnership between China Horse Club, WinStar Farm, Head of Plains Partners LLC and Starlight Racing.

Read our exclusive “Ferrari on Legs,” originally published in the Spring 2018 issue of Thoroughbred Today magazine, to learn what trainer Bob Baffert and jockey Mike Smith have to say about Justify. Full interview HERE.