The Story of Paradise Woods 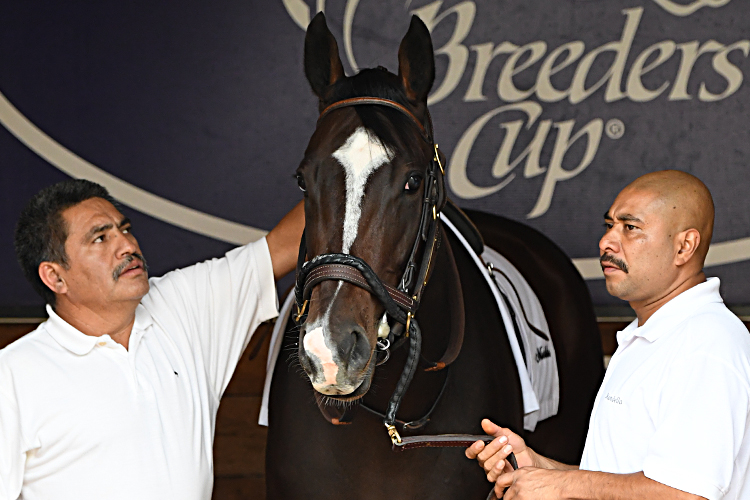 The relationship between trainer Richard Mandella and owner Martin Wygod goes back to the 1970’s. In those days, Mandella was galloping horses at several farms near his hometown of Cherry Valley, CA, and had a reputation for being a really good hand. That’s when prominent New York trainer Victor J. “Lefty” Nickerson found him and convinced him to work for him out east. Mandella worked under Nickerson for a couple of years and was introduced to Martin Wygod, who was one of Nickerson’s bigger clients. Getting to know each other quite well, the two formed a friendship.

In 1974, Mandella moved back to California and went out to train on his own. As he began to make a name for himself, owners started sending him horses, and among them was Wygod, whose River Edge Farm was in Solvang, CA. In working together, Wygod introduced Mandella to business partner Herman Sarkowsky, who had a handful of mares, but no farm.

Mandella and Wygod did well together, but their relationship was strained, and somewhere in the early nineties, they parted ways. Sarkowsky stayed, and he and the now Hall of Fame trainer went on to campaign 1993 Two-Year-Old Champion Filly Phone Chatter, and multiple graded stakes winner Dixie Union, who won the Gr.1 Malibu and Gr.1 Haskell Invitational in 2000.

A few years ago, Sarkowsky’s health started to decline and he began selling off his horses, keeping a few to race until he passed in 2014. Mandella and Wygod remained cordial and frequently saw one another, though the relationship was not what it had once been.

Then one morning Wygod showed up at Mandella’s barn and said, “Dick, I need to talk to you in private.” The two went into the office, and when they came out, things began to change.

In his will, Sarkowsky had left his horses to Wygod under two stipulations: that Mandella trained and that the horses run in Sarkowsky’s colors. Among those horses left to Wygod was a Union Rags filly that was still at the farm and Mandella really liked – Paradise Woods (pictured in the black and orange silks), the Gr.1 Santa Anita Oaks winner who left the field behind by 11 ¾ lengths.

Today, Mandella and Wygod have rekindled their relationship and are once again enjoying the sport that originally led them to become friends. Paradise Woods runs in loving memory of their friend, Herman Sarkowsky.[/vc_column_text][/vc_column][/vc_row][vc_row][vc_column width=”5/6″][vc_column_text] 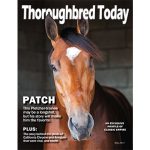 “The Story of Paradise Woods,” written by Claudia L. Ruiz, was originally published in the Spring 2017 issue of Thoroughbred Today magazine. Read it in the magazine → CLICK HERE