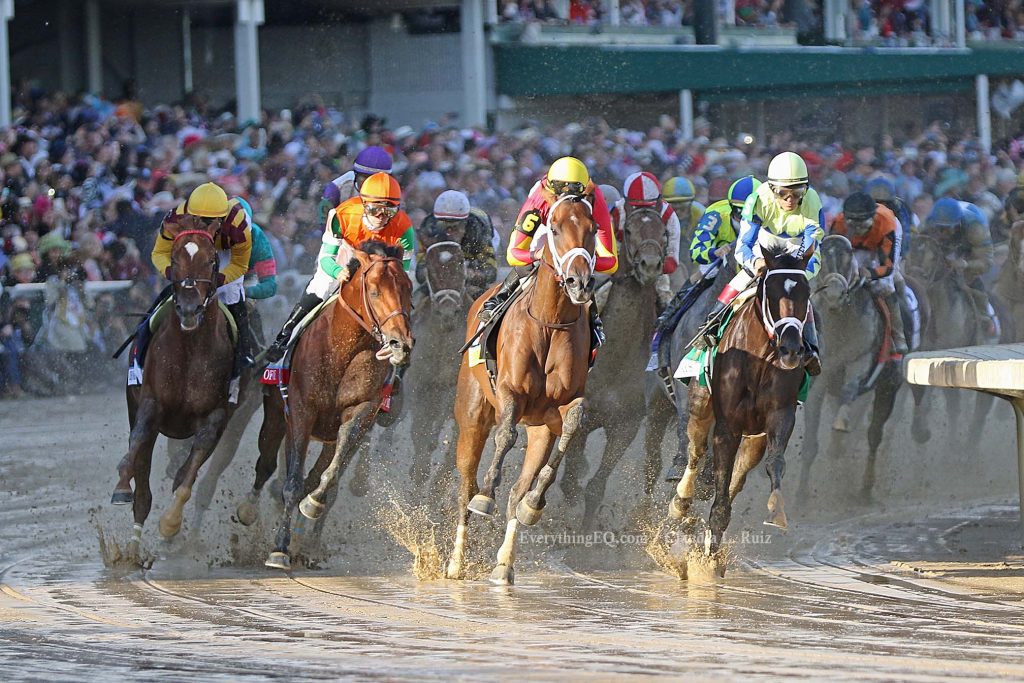 The sport of kings is a sport of dreams, with one dream bigger than any other. Everyone strives just to make it to the first Saturday in May for a chance to win the Kentucky Derby and this year, the lightly raced but aptly named Always Dreaming dashed home over a nasty track to win the roses before a crowd of 158,070 fans at Churchill Downs.

Early on in the race, State of Honor gained the lead under jockey Jose Lezcano and ticked of the first quarter in :22.70 while Always Dreaming and jockey John Velazquez tracked him in second. Their positions remained the same through the half in :46.53, at which point Velazquez pointed his mount toward the outside. Always Dreaming quickly moved up to be on even terms with State of Honor, finally getting his head in front and marking off six furlongs in 1:11.12. On the far turn, Battle of Midway and Irish War Cry made moves to engage the leader but could not sustain them; Always Dreaming put Irish War Cry away leaving the far turn and edged clear from Battle of Midway down the stretch. Lookin at Lee launched his bid mid-stretch but could not catch the winner, who went on to hit the wire 2 ¾ lengths ahead.

The final time for the mile and a quarter over the sloppy surface was 2:03.59.

This was the second Kentucky Derby victory for both Velazquez and trainer Todd Pletcher, although their first together – but not from lack of trying. The pair have enjoyed much success together through the years but found the Kentucky Derby elusive. Pletcher won the 2010 edition of the classic race with Super Saver and jockey Calvin Borel. Velazquez won the following year aboard Animal Kingdom for trainer Graham Motion.

“My Derby record has been talked about a lot,” said the multiple Eclipse Award winning trainer. “When you look at it now, we’ve been here 17 years and we’ve been fortunate to have two wins, two seconds, and three thirds.”

Always Dreaming, who is owned by the partnership of MeB Racing, Brooklyn Boyz, Teresa Viola, St Elias, Siena Farm, and West Point Thoroughbreds, was sent off as the 9-2 favorite, making him the fifth favorite in a row to win the race. He is unbeaten in four starts this year.

“This is the best horse Todd and I have ever come to the Kentucky Derby with,” Velazquez said. “Nothing against the others, but this was the best horse.”

From the first crop by 2012 Kentucky Derby and Preakness Stakes runner-up Bodemeister, Always Dreaming was bred in Kentucky by Santa Rosa Partners and is out of the In Excess mare Above Perfection, making him a half brother to grade 1 winner Hot Dixie Chick. He was purchased for $350,000 at the 2015 Keeneland September Yearling Sale, where he was consigned by Dromoland Farm.

The Kentucky Derby boosted Always Dreaming’s earnings to $2,284,700. From six career starts he has four wins, one second, and a third.