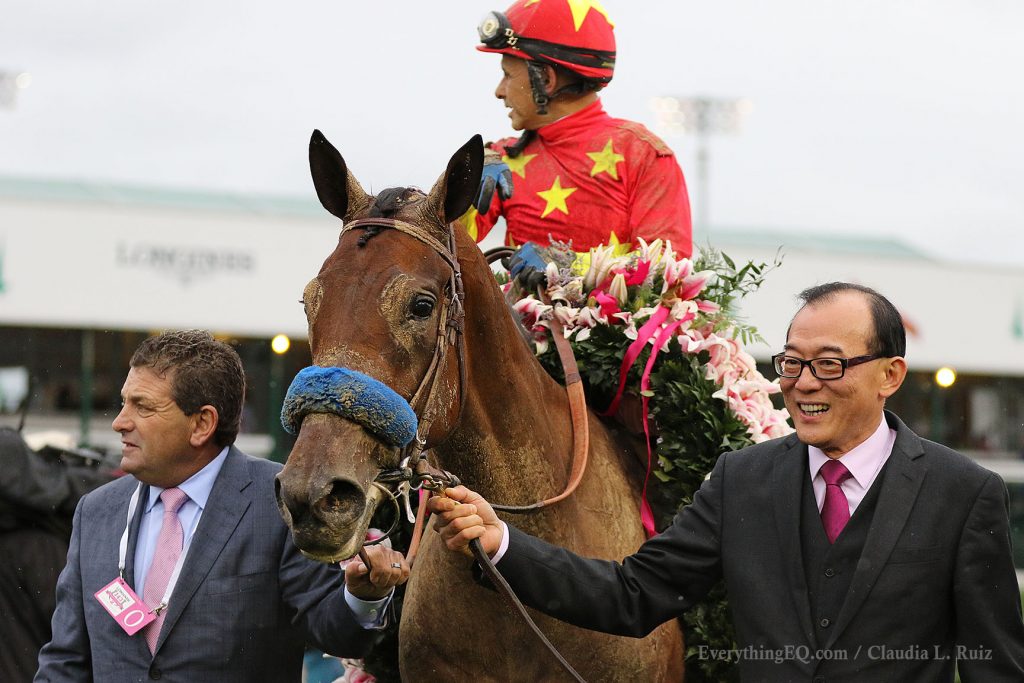 The weather was less than ideal on Friday, May 5, but that didn’t deter China Horse Club and Clearsky Farms’ Abel Tasman. The daughter of Quality Road dashed through the mud, moving from last to first, to take the Kentucky Oaks in dominating fashion for her first victory of the year.

heavy favorite Paradise Woods and Miss Sky Warrior dueled for the lead early, taking the field through a half-mile in :46.24 and then six furlongs in 1:11.42. At that mark, Miss Sky Warrior led briefly as Paradise Woods backed out, but she could not maintain her position as a wall of fresh horses swept toward her. Abel Tasman was last in the field of 14 early on, but jockey Mike Smith moved her up coming around the far turn, and when the pair hit the stretch, they kicked into another gear. Nobody had enough left to contest Abel Tasman further and she hit the wire 1 ¼ lengths ahead, stopping the clock in a final time of 1:51.62 for the 1 ⅛ mile race over a very sloppy surface. 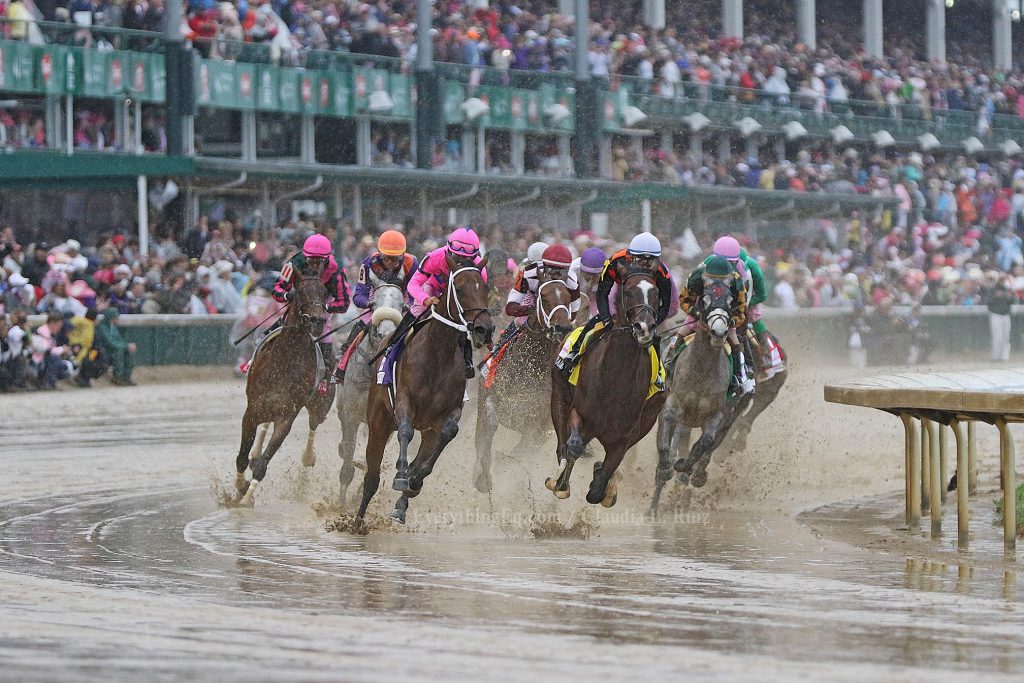 “For as far back as I was, I knew they were going quick – really quick – especially for this track,” Smith said. “Once I got her out in the middle of the track … I knew she was going to run well at that point. From there it was a matter of keeping her busy.”

The win was the second Oaks success for Smith, with the first coming in 2013 aboard Princess of Sylmar, and the third for trainer Bob Baffert. Baffert’s other victories were in 1999 with Silverbulletday and 2011 with Plum Pretty.

“It never gets old,” the Triple Crown winning trainer stated after the race. “Especially when you can sneak in there with a horse that’s not one of the favorites.”

Initially trained by Simon Callaghan, Abel Tasman broke her maiden on her second try. She followed that effort up with an allowance win before stepping up to stakes company, winning the Starlet Stakes to close out her juvenile year. She was a game second to Unique Bella in her sophomore debut in the Santa Ysabel Stakes, her last start for Callaghan. Following the race she was transferred to Baffert’s stable and went on to finish second in the Santa Anita Oaks. From her 7 career starts she boasts earnings of $912,060.

“I have to give a lot of credit to Mike,” Baffert said in regards to his filly’s performance. “He rode her with the confidence like he does. The older he gets, the better he gets. … Mike knows I have confidence in him. You have to trust each other. You get a horse like this in your hands – if you’re good enough you’ll win. This filly is just so classy.”

Abel Tasman was bred in Kentucky by Clearsky Farms and is out of the Deputy Minister mare Vargas Girl, who also produced grade 3 winner Sky Girl. China Horse Club bought into the bay filly in January and own her in partnership with her breeder.

Thoroughbred Today magazine Editor-in-Chief Claudia L. Ruiz gets all-access to the sport of horse racing. Follow her on Twitter for up-to-the-moment updates on your favorite three-year-olds -> @Claudia_WMS and add her on Snapchat to go BTS like never before -> claudiar5